Gee, I thought "everyone" has heard of whoopie pies! Here's my recipe, which was my mother's, from back in the early 60's.

Grease one or two cookie sheets, even if they're non-stick. Drop mix on sheets, like you would cookie dough, with a heaping tablespoon. (I use a serving tablespoon, not the measuring one.) Bake for 12 minutes. This will make approximately 24 pie halves, or 12 complete pies. Oh, by the way, they look like cookies, too, but soft!

Mix the butter and sugar, then add vanilla, then Fluff.

This makes exactly enough filling for the amount of pies in the recipe but, personally, I like a lot more filling! You may want to add an extra half, or whole, recipe to make more filling. 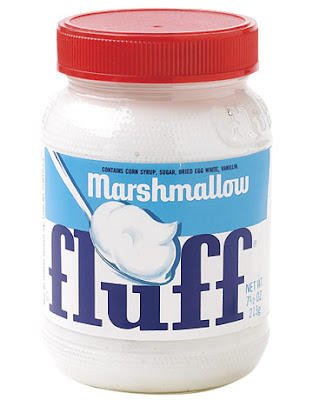 I don't know about the rest of the country but, here in New England, we all grew up on fluffernutters - the ultimate in 60's comfort food! I still eat them often! Fluff was created right here in Lynn, Massachusetts! 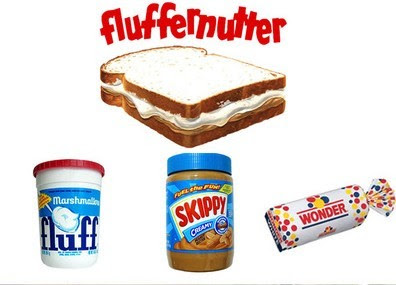 Here is the website for Fluff, if anyone is interested in the history or recipes. They even have a "Fluff Finder" to locate places to buy it. 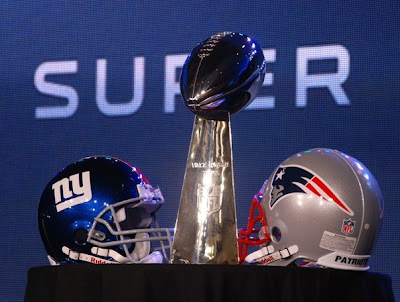 Now, with my New England Patriots playing in the Super Bowl tonight, I had to decide on what Mister and I will be eating. We don't do any "parties" - just the two of us, so it's usually just chips and soda. This year I decided to make meatballs in the crockpot for subs (hoagies, grinders, etc.), 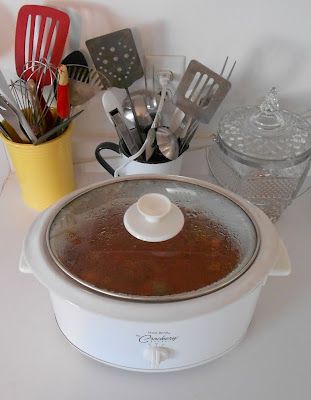 and I splurged and bought some beer! Mister doesn't drink at all, and I just drink occasionally because it's awkward around him but, this is the Super Bowl, man! 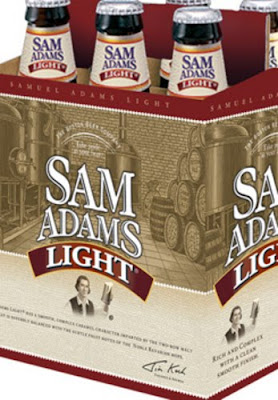 (click here for the history of Sam Adams beer)
Foxboro, Mass., which is the home of the Patriots, is two towns over from where I live. I grew up in the town between Medway and Foxboro - Norfolk (or as we say in this state, Norfawk!) - and we could hear the cheering at the stadium, or concerts, if we were outside!

I just realized that Fluff, Sam Adams beer, and the Patriots are all local yokels! It's definitely a home-grown weekend. I sure hope my team wins tonight!
at 1:36 PM

Well.....since my Packers aren't in it this year, and the Giants are the ones who knocked them out (actually the Packers beat themselves!), I gotta cheer for the Patriots!

Looks like you're planning on having a fun evening--I hope you and the hubby enjoy it!
:)
You've got me wondering about "Fluff" now!
~april

I will root for the Patriots just because they are YOUR team! =D

Cheers to a home-grown weekend, Cherry! The recipe for Whoopie Pie sounds wonderful and I must say not what I expected,hee. I'm just hoping for an exciting game and some entertaining commercials! It would be fun to have your home team win it though, Good Luck and have fun!

I've got a ham in the oven and crockpot mac & cheese going. I'm going to whoop and holler for the Patriots! I use to live in New England (Mass) many years ago when this team was a newbie! Now look at them! I'll raise my glass of beer to ya! Hugs, Linda

Loving your goodies! My children made cup cakes, and I made hot wings, pizza, and sausage stuffed mushrroms. Me and hubby enjoyed a beer. What a healthy menu, oh no, haha!
Blessings,
Susie

Sue,
Thanks for the recipe...I am trying these soon...I just have to find the white stuff! LOL
Sorry about your Pats....but my Giants just were too hard to beat!
I was at my sons and he had a lot of his old high school friends over, it was like old home week..:)

Thanks for the recipe! I saw some of the Fluff in our local TK Maxx here in Scarborough North Yorkshire, I am going to go and see if it still there!!! Whoopee pies here we come!
Hope the super Bowl was good and you had a fun night,
Andrea x