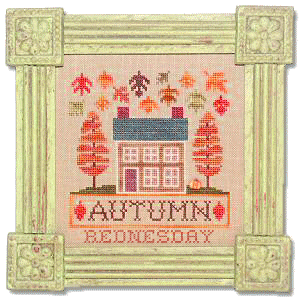 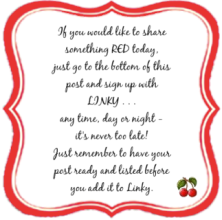 Hi guys! My gosh, are any of you folks NFL watchers? This replacement refs situation is so out-of-hand! I know they're doing the best they can, but it's not good enough for the NFL! In case you're wondering what's going on, the official NFL referees are on strike so they brought up refs from division 2 and 3, and arena football, and such. They don't know the NFL rules well enough and aren't used to the fast pace so they're botching things up big time. 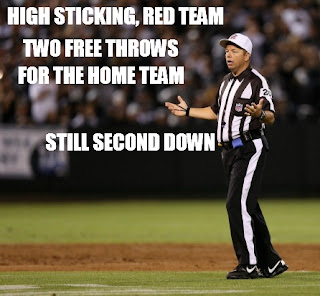 For those of you not sports-savvy, in regard to the above picture, "high sticking" is a hockey penalty, "free throws" are basketball, and "second down" is football. ;)

Now, for some red! A week or so ago I rearranged my craft/computer/laundry room. I moved a table out of the room, emptied and moved a 6-ft. tall cabinet unit to another wall (then refilled it), moved my craft table, a bookshelf, a file cabinet and a few other odds and ends. Neither Katherine or Mister like the new arrangement, so I re-emptied the 6-ft unit and moved it back to where it was, put the craft table back again, and most everything else is still sitting in the middle of the room cuz I'm not ready to deal with it! LOL!

Here's the bookshelf, now against the side of my craft table: 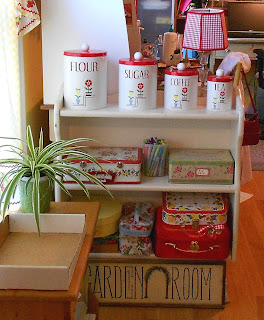 (The cardboard box is for the cats when they lounge in front of the window!)

I got this pretty sparkly flag pin at the chiropractor's a few weeks back. She had a sign on the bowl that said something like - some are red and some are blue but we're all one big American family. Cute! 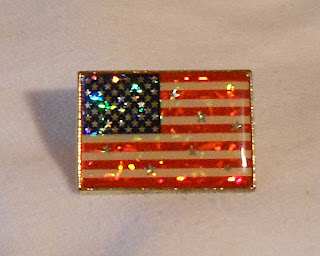 Now, for the non-red. Do you have any silly signs around your house or yard? I presently have two. This first one was put on a mushroom by my 8th-grade niece - she named it Sheldon! 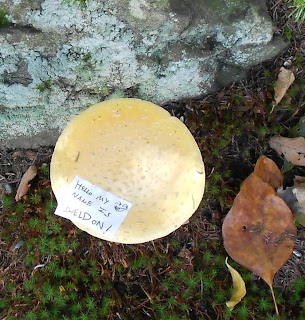 I put a warning sign where this big fat toad decided to burrow down! Can you see him? 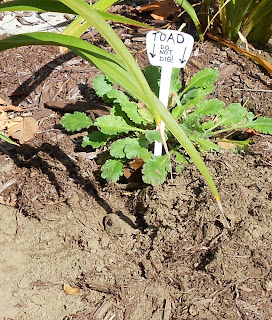 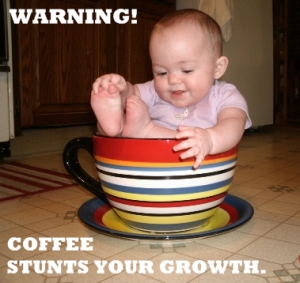 What a fun post! Love the signs in your yard!!

Love that flag pin and your cross stitch for Autumn. Thanks for hosting.......Sarah

Hi Sue! You were busy with that redo/ undo., but the reds are so pretty. Those signs are toadily too cute too.
We were talking bout those refs today and even Mom was surprised by them...
she only notices most sports if its the Red's or Bengal's, but it would be really funny if it wasn't so sad.

Sue, you must be exhausted after moving and re-moving furniture. My craft room needs a whole lot a stuff. I messed up my entry, re-did it, can you remove the #6?
Ann

Thank you so much for explaining about the NFL situation. I kept seeing references and had no clue. Not being a football person and with too little time, I kept wondering. Now I get to find out AND have fun. :) Have a lovely Rednesday.

Happy Fall! Thanks for Hosting!

Thanks for the cute post...Just love the little tike in the tea cup!
Happy Rednesday, Sue!
Carolynn

Teehee! A mushroom named Sheldon! I love that! It is good of you to look out for the toad, sometimes they just don't pay attention. : ) Love your little shelf too, great arranging skills!

I've been seeing lots of referee rants on facebook! I feel bad for all the football fans!

All the goodies on your shelf are so cute! ♥

Happy Rednesday! We really need the pro refs back! Love everything, but love your flag pin the best!

I agree with your referee comments.....watching the Patriots this Sunday was just. so. frustrating! Love those signs in your garden. Happy REDnesday! :) --Fran

I meant to post a comment last week, but as always a day late and a dollar short! I loved the cute signs. My father in law was always doing something like that! One of my favorite was under a birdhouse designed like a McDonalds restaurant. He had a sign on the side of it...Fly Thru Window! It was really cute! Thanks for hosting Rednesday every week. It's my favorite party to visit!