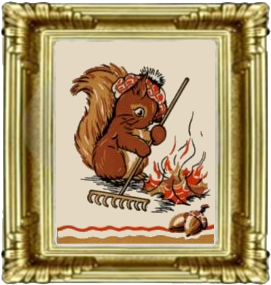 Hello friends! After three months of "holiday", I'm back to my blog. So many (frustrating) things have happened this year that, when I gave up Rednesdays, I just kind of faded away from blogging. 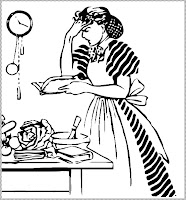 Frustration #1: My agorophobic almost-21 daughter uses my computer most of the time (hers gave up the ghost early Spring), so I don't get to just pop on whenever I feel like it. (I took advantage of the fact that she's sleeping right now!)

Frustration #2: My camera broke and I can't afford a new one. I hate this! I feel so helpless without a camera to shoot pics of all the thrifty things I find, and my beautiful flowers, etc. (Don't have a smartphone, either).

Frustration #3: We're in a serious financial bind and may have to move to a town with cheaper tax rates. (Oh, I hope not! I love my house and yard!) My two Asperger girls would be devastated if we had to relocate.

Frustration #4: I had a fender-bender in July with my red pick-up - brakes went. Found out that front and back brakes are all shot to pieces, rusted, etc. Can't afford to fix truck. (Using father-in-law's Tahoe temporarily) Mister's car is very near being on its' last leg, too. We have another small Ford pick-up that he's trying to get working; it's been sitting for six years.

Frustration #5: Because of #4, I had to give up babysitting Jade, whom I've watched for four years. The monetary amount was token, which didn't even cover the cost of gas to pick her up from school in the afternoons,  but it was still money. But, now that I don't watch her anymore, I'm glad that I don't. It's kind of like a small weight lifted off of me.

Frustration #6: My now-11th grade daughter wants to quit school. She's in special ed and they're saying she can do the same amount of work that a "normal" student can. (Duh! What do they think special ed is for anyway?) She says that school has traumatized her and lowered her self-esteem. So Mister and I have a special meeting with the school this coming Tuesday, the 10th.

Okay, are those enough depressing thoughts for you! LOL! Yeah, they kinda shook me up a bit. I still think positive, too, though - I'm not ready to call the funny farm yet! If I didn't have God I'd be flat on my face. I love the New Living Translation's wording of 2 Corinthians 4:9:


"We are hunted down, but never abandoned by God.
We get knocked down, but are not destroyed."


"For this reason I also suffer these things;
nevertheless, I am not ashamed,
for I know Whom I have believed
and am persuaded that He is able to keep
what I've committed to Him until that Day." 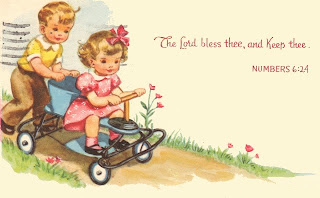 Nice to see you back! I will be sending good thoughts and lots of prayers your way during this time of struggle.

Good to see you, Sue- bruises and all! ♥

Sorry to hear about the trails you are going thru! God is faithful :)
Take care and happy to see that you posted!
Warmly,
deb

Glad to have you back, Sue. I'm in the same boat with my camera. I'm trying to find a simple and cheap point-and-shoot now. I'm sending good, positive thoughts your way in hopes that the current frustrations lead to a more peaceful future.

I hope things look up for you, real soon!!

Sue,
I am taking that blog break right now, but I am visiting...you hang in there, I have had too many years with these kind of stresors...it will get better little by little. I hope the $$$ issues lighten, that will help a lot...:) Hugs, Sandy

Reading In The Violets said...

Glad to see you back! I always enjoy your blog. I will be praying for you!

Well, with all that going on, I am sure that something good is going to happen. I agree with you, that without God where would we be. It doesn't mean crappy things don't happen, but it does mean you have someone to cry to and to comfort you. Hoping that things will improve....

Hi Sue
I am so glad to see you're back. I have missed your posts. I have wanted to call you, but can't find your number. I'm so sorry for all the stuff. It has been a terrible Summer here too....doesn't seem to be gettin better any time soon either. I do have a surprise..I'm now hosting Rednesday!! This coming Wednesday. I hope I can continue tradition as good as you did. If you have any suggestions or want to talk...e-mail me oh and give me your phone number again.
brownginghamcreation@fuse.net
Remember, the 11th is my party premeire..giveaway and all.
Hope I see you there!
Hugs,
Melody

Sue it's so good to see you blogging again! I pop in almost every day to see if you've posted, and when I saw that you had changed your header and background, I knew it would be just a matter of days! You've got your faith in God, so you've got everything you need to get through this especially rough patch, but I'll be praying for you too, my friend!

You have a very full plate. Sending you good thoughts and lots of prayers.

Ahh bless your heart, so much on your plate to deal with at one time! It is very strange, I haven't blogged or read blogs for about 4 months or so, so today I thought I would visit a few of my favorites. The first four I visited are all struggling with serious life issues and now, you too. I will add you to my growing list of blog friends to pray for. Hugs and blessings, Nan

So glad you are back! I will be praying for you.

Hi Sue, It has been a while and I am sorry to hear about so many bumps in the road...God has a plan, even if we don't understand. I will be praying for you and your family....I am trying to get back to blogging also.

Hello Sue,
Hang in there! As you know, "this too shall pass..." as does all of life's "challenges" that we face. I know, from personal experience, that God always helps me get thru all things good and bad. And, eventually, everything always seems to work out. As for your daughter's self-esteem... just mention to her that one of your readers said to "Stay strong and remain confident -- no-one from school (or anywhere else) should be able to change her opinion of herself, unless she allows them to." God bless you and your family -- I wish for you all good things to come. :) Audrey

Bless you!! I understand. This has been a year of grief for me. lost my dad, and then just went from there. I do try really hard to keep looking at the blessings in life. I am trying to keep everyone else happy, too. Just so happy to see that you are putting your faith in God, because that is where it is all at. You will be good, and these times will pass.
blessings,
Susie

Prayers for things to settle down and get back to normal. (Is there a normal?) Every day is a challenge isn't it!

Sue, sorry to hear of all your troubles. That's a lot on your plate. I know it's been about a month since this post. Hopefully things are getting better!

I've been away from blogging for more than a year ... I'll have to check on the new home of Rednesday. I stopped in to see how life is, in the Very Cherry World.

You've had your share of trials and more! I hope things are looking up and your family are all okay. Take care of yourself!

Have a Daily Cup of Mrs. Olson said...

So glad you are back! You have been missed. Oh dear, you have had a lot going on. I pray that everything will work out. No matter how difficult it may be God is looking out for you and your family. You will definitely be in my prayers. Hope you don't have to move!
hugs,
Jann